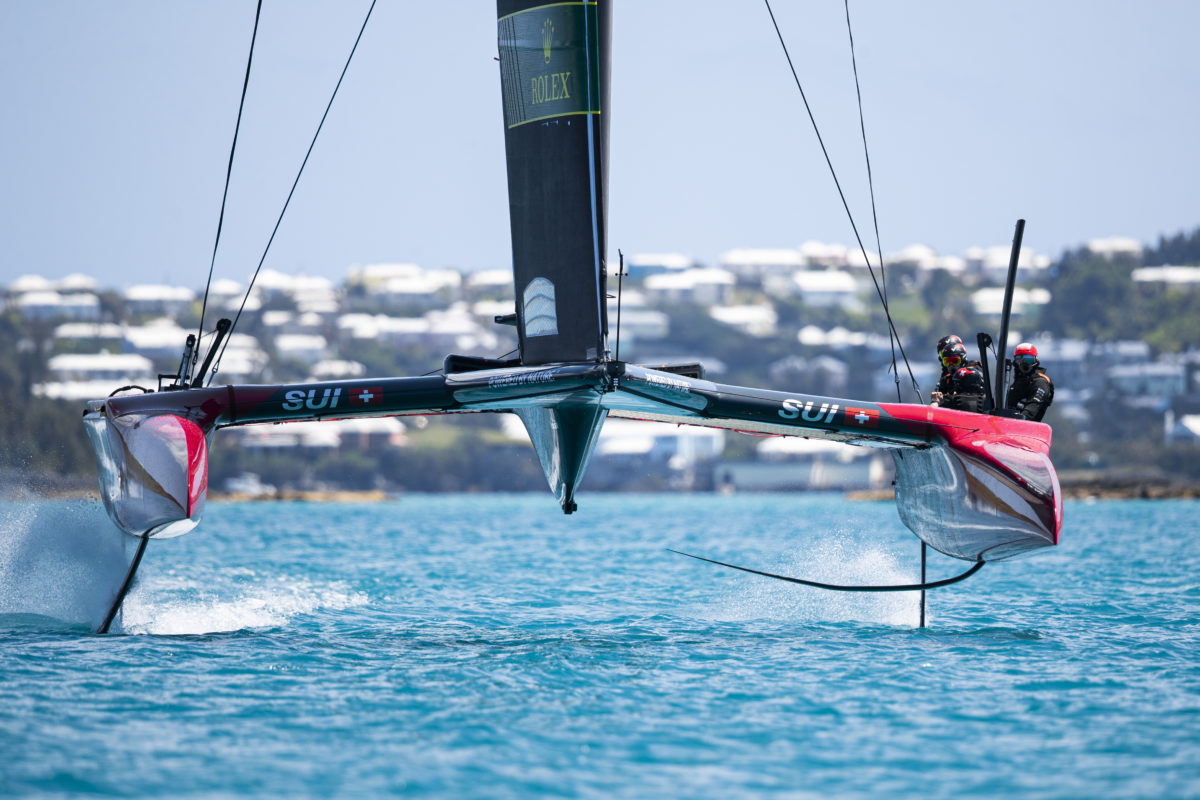 The newly formed Switzerland SailGP Team is part of the next generation of SailGP talent, on a journey that unites ambition, talent and passion. At 26, Sébastien Schneiter is the youngest driver ever to compete in theleague.

The team started racing its cutting-edge F50 in Bermuda at the start of SailGP Season 3. going head-to-head against some of the most illustrious names in the sport.

Five of Switzerland’s top female athletes were also selected to join the crew line up; sisters Elodie and Laurane Mettraux, Maja Siegenthaler, Maud Jayet and Nathalie Brugger will train and race with the team throughout season 3.

The Swiss team is racing for purpose. In April 2022 they joined forces with Stiftelsen VI, known as the ‘VI Foundation’, announcing them as main and race for the future partner. VI is a Norwegian based initiative, with global ambitions. VI champions equal opportunities to achieve and is focused on giving disabled people improved quality of life, better health, increased self-esteem, and the opportunity to become more integrated. Sport is at the heart of their operations.

The team is also racing with an important call to action for their competitors and fans world-wide; to ‘#BacktheBid’ to see the sport of sailing reinstated in the Paralympic Games in time for LA28.