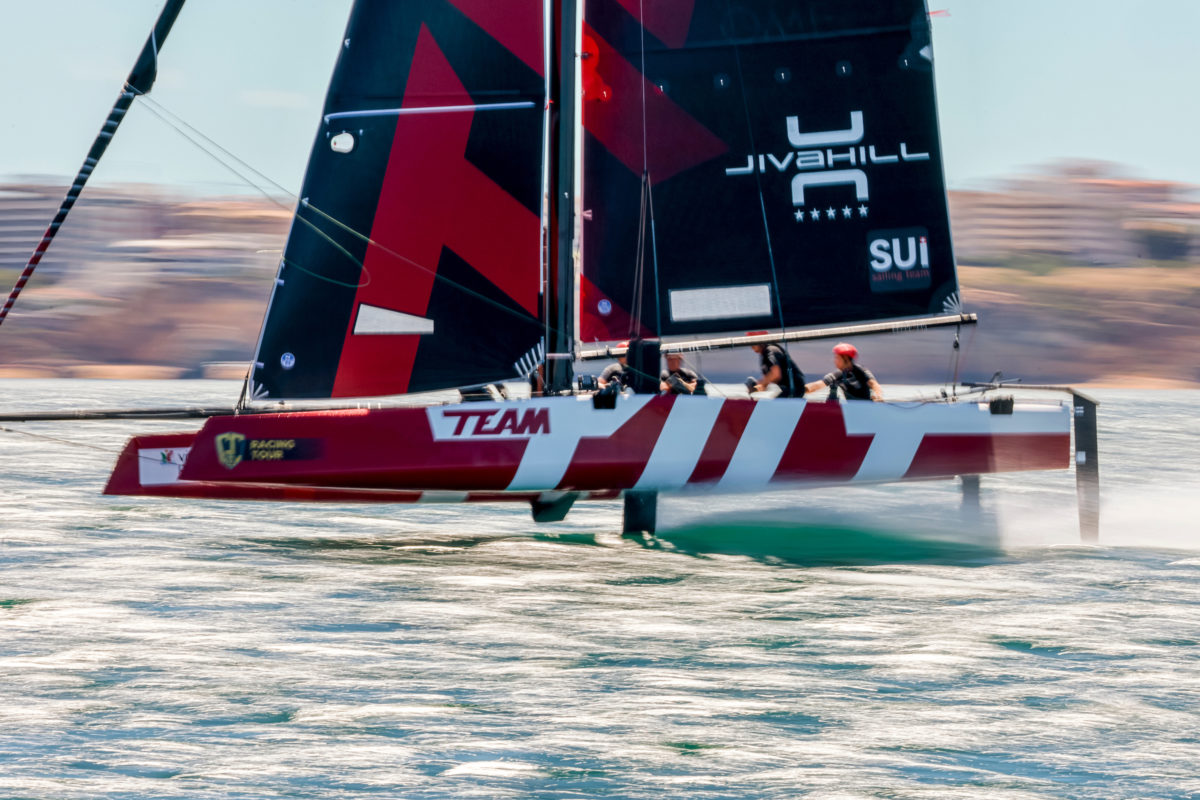 Team Tilt began sailing on the GC32 flying catamarans in 2016. This platform allowed the team to improve their skills in flying boats, and to improve their foiling skills in preparation for the Red Bull Youth America’s Cup in Bermuda. In 2018, Team Tilt was crowned GC32 world champion. For more information: www.gc32racing.com

2019 – Team Tilt finished second at the GC32 World Championships in Lagos, Portugal, fending off some of the world’s best sailors for the runners up position. The young team was led by Sébastien Schneiter, while Glenn Ashby joined the team for the regatta. Fellow Swiss team, Alinghi claimed the title with INEOS Team UK completing the podium in third place.

2022 – Team Tilt returned to the Racing Tour in 2022 to compete in two back to back events in Lagos, the Lagos Cup and GC32 World Championship. They finished the Worlds 5th.