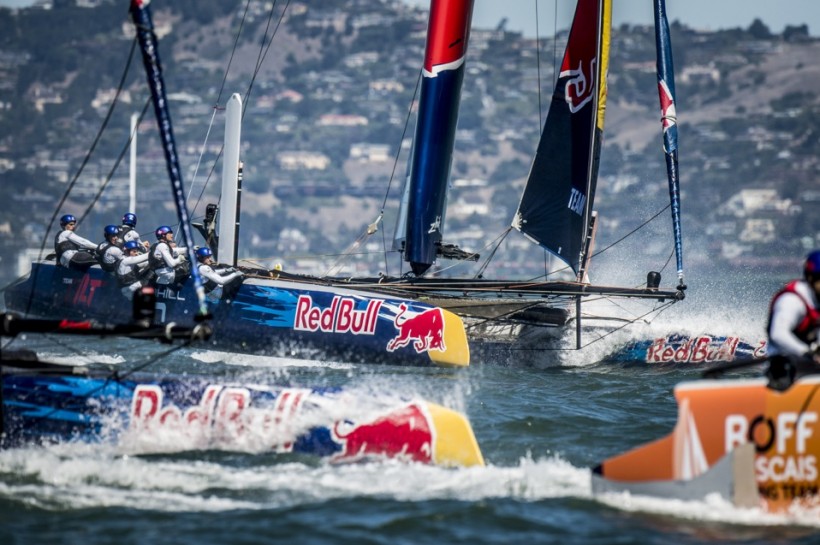 After a tricky first day on Sunday, the young Swiss sailors onboard Team Tilt bounced back today to post two well-fought second places on day two of the Red Bull Youth America’s Cup in San Francisco.

“We will be more aggressive and will work harder on our starts,” announced skipper Lucien Cujean before racing on Monday. He kept his word and the team managed to put itself in a good position off the start line and defend it until the finish.

“We changed our start procedure to concentrate more on timing in general and time to the line in particular,” explained crewmember Lionel Vaucher. “Everything is easier when you get a good start, motivation increases and you pass more boats!”

The team raced at the top of the fleet throughout the day in lighter 12-knot conditions, even leading for a moment during the final race before the Swedish team passed them to finish 5 seconds ahead.

The young Swiss sailors have had an excellent day, but are taking nothing for granted and are fully focussed going into day three of the Red Bull Youth America’s Cup. “We can’t celebrate just yet, but must remain focussed on tomorrow’s round of competition,” said coach Laurent Voiron. “The guys are very motivated. They need to take what they did well today into tomorrow’s competition and continue to race their own race. Continuity will pay off.”

Just one point off the top slot currently held by the NZL Sailing Team with Emirates Team New Zealand and American Youth Sailing Force, Team Tilt is back in the game. “There is still a long way to go, we are only on day two,” said Lucien Cujean. “But we are aiming for a podium place now more than ever and cannot afford any errors.”