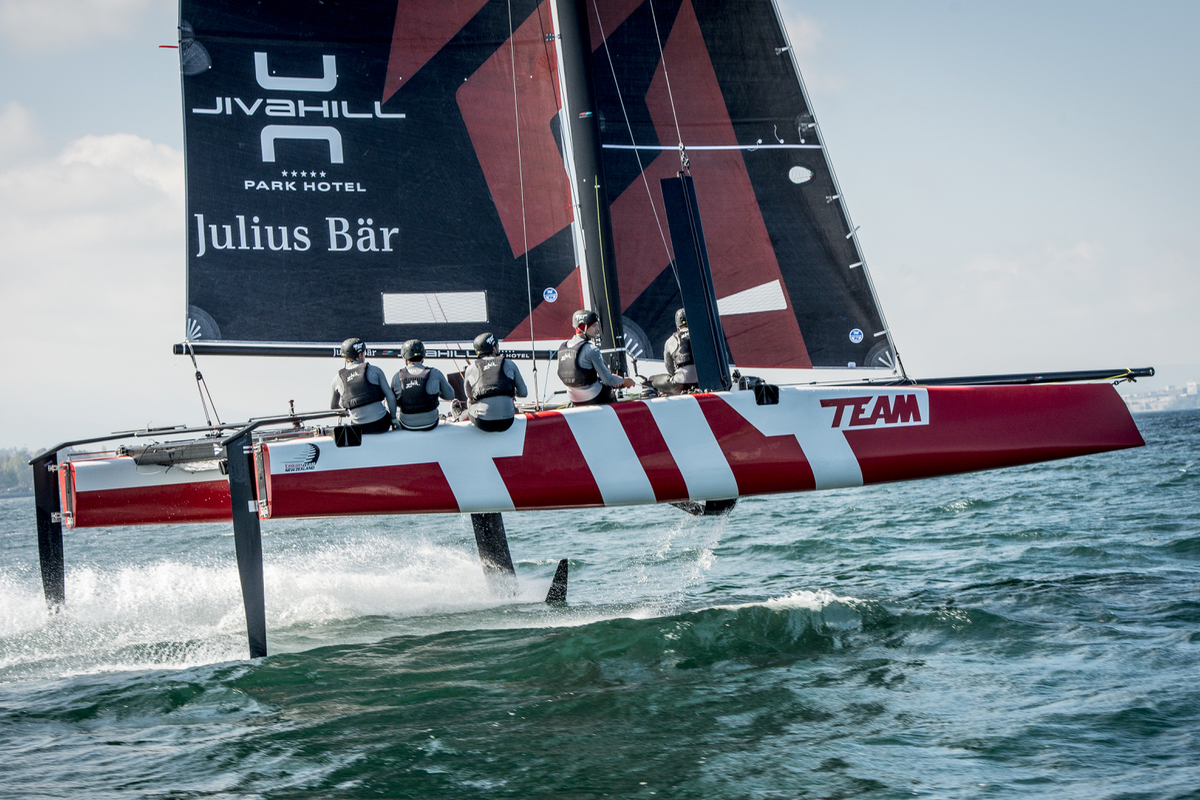 Goal: master the art of foiling

Team Tilt started sailing on a GC32 foiling multihulls in 2016. The objective of this new platform was to allow the team to improve its flying skills and to master the art of foiling ahead of the next Youth America’s Cup. The GC32 was initially only used as a training platform, mainly on Lake Geneva. At the summer 2016, the team races more intensely, using this platform to prepare for international events including the Red Bull Youth America’s Cup in Bermuda. It finishes second overall of the GC32 Racing Tour 2016, behind Franck Cammas’ team. In 2018, Team Tilt was crowned GC32 World Champion. Helmed by Sébastien Schneiter with Glenn Ashby onboard, the team has won the first ever GC32 World Championships beating some of the best teams in the world in Riva del Garda, Italy. One year later, the team claimed 2nd place at the 2019 GC32 Worlds in Lagos (POR), with Sébastien Schneiter at the helm and Glenn Ashby as mainsail trimmer.

Conceived by French businessman Laurent Lenne and designed by Dr Martin Fischer, the GC32 is a scaled-down version of the boats used in the America’s Cup. Fast, exciting, spectacular and fun, they are amongst the world’s fastest catamarans. The GC32s have their own circuit; the boats have also been selected for the Extreme Sailing Series.