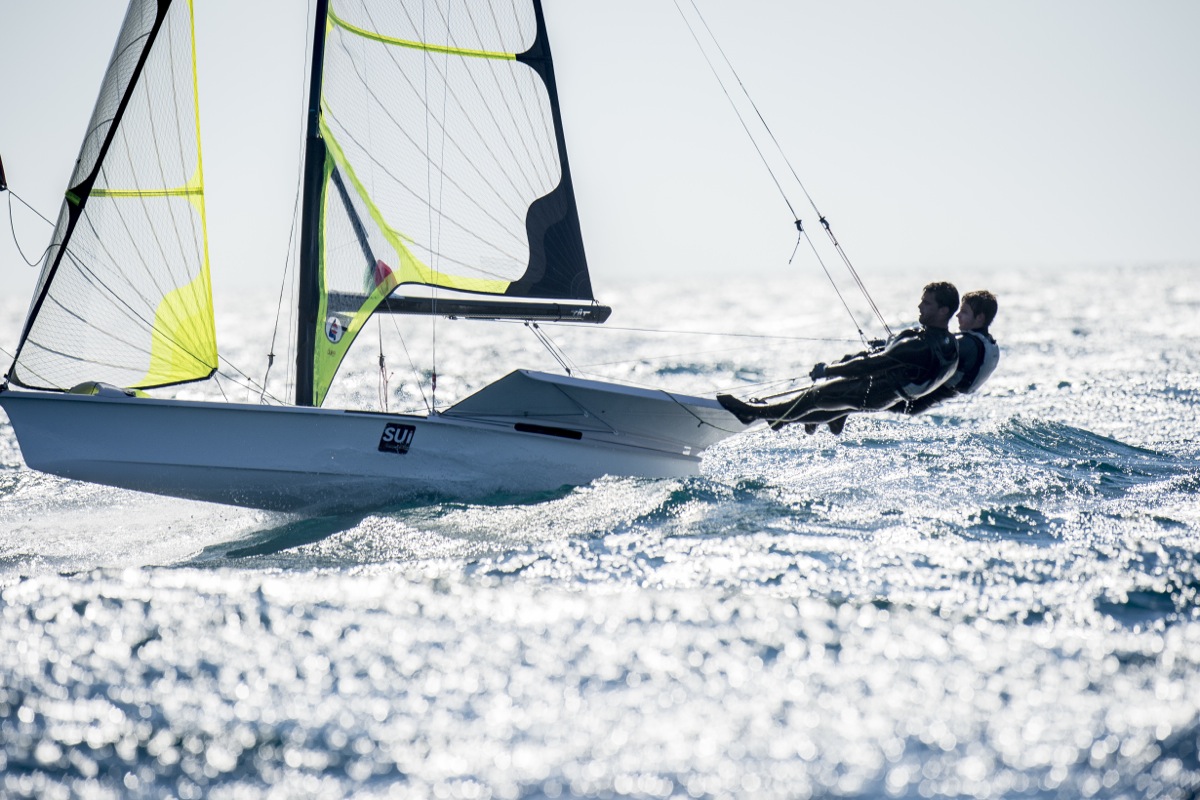 Sébastien Schneiter and Lucien Cujean launched a 49er Olympic campaign at the beginning of 2014 with a view to Tokyo. The two-handed 49er has been an Olympic class since 2000 and is one of the most competitive.

The two sailors met in 2012 at an M2 catamaran regatta, Sebastien went on to focus on his Laser campaign winning three bronze world championship medals in 2013 while Lucien led the Red Bull Youth America’s Cup project as skipper and helmsman of the Swiss AC45.

The duo teamed up on the Decision 35 and on the GC32 and have now combined their talent and motivation towards a common goal: to win a medal at the Olympic Games in Tokyo. During their Olympic preparation, Sébastien and Lucien were selected for the 2016 Olympic Games in Rio de Janeiro (BRA), and finished 13th in the 49er class !

In 2018, they qualify Switzerland for Tokyo, finishing 10th at Aarhus Worlds. The games are postponed to 2021 because of the COVID-19 pandemic, Sebastien and Lucien finish 14th at the Tokyo 2020 Olympic Games.