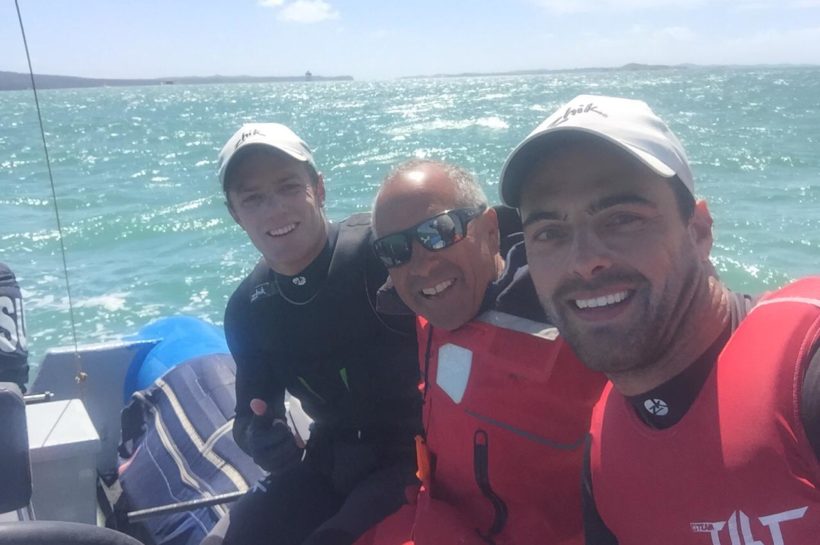 In New Zealand for the past month for an intense and effective training, Sébastien and Lucien are now enjoying a week’s rest before starting preparing for the Worlds in Auckland early December.

“It was a super productive month where we sailed almost every day in various conditions”, says helmsman Sébastien. “With our coach Jim Maloney, we’ve been working on details that we don’t have time to train during the season, when the races follow one another. The training results are very good these days, I hope it will bear fruit for the Worlds! We’re looking forward to this regatta, we’re all over it.”

“We were lucky to be able to sail very early here,” adds Lucien. “We did a good job on our manoeuvres in the breeze. We have easily caught up with the Kiwi rhythm. The European fleet joined us here in Orakei Bay lately, which makes a really good group. We enjoy a short break this week before starting again training on November 25 to be ready for the 49er World Championship that begins on December 2. »

This World Championship is one of the main events of the year for the 49er team, as they can confirm their selection for the Games. Finishing in TOP 5 would allow Sébastien and Lucien to be “selectable” by Swiss Olympic for Tokyo. They have already qualified the 49er class but have yet to confirm their personal selection.

Team Tilt wishes the best to Nils Theuninck, who is competing at the Finn World Championships, in Melbourne (AUS), mid-December.