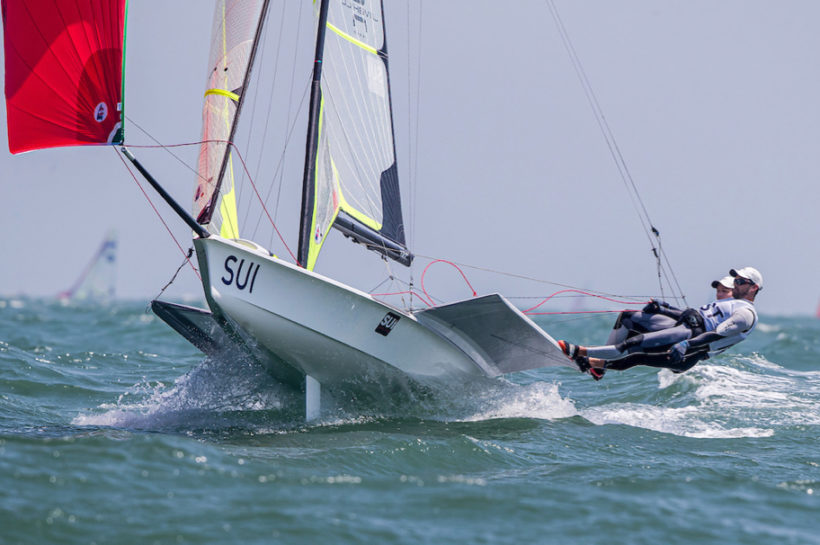 The Official Sailing Test event was held in Enoshima from August 17 to 22. The event hosted 363 athletes for the official rehearsal one year before the Games. Various conditions provided excellent training for the sailors, whose main challenge was to fight extreme heat and very high humidity.

At the end of a week where Sébastien and Lucien were in the game, they just missed the Medal Race. Only one point prevents them from participating in the final round and trying to climb into the TOP 8, synonymous with personal selection. Their next chance to qualify will be at the 49er World Championships in Auckland at the end of November. They are now focusing on the first event of the 2020 World Cup Tour, which is taking place in Enoshima next week. “It’s a tough week for us because we fought well, and we’re not reaching our goal,” says Lucien. “It was a different game from what we normally have, because the fleet was smaller and the level was very high. Everything is determined down to the last detail! We are not far from TOP 5, which is encouraging, but we have been a little short on success in our tactical choices. However, we have shown that we are there, with good runs. We are looking forward to the World Cup, the desire is there for both of us! We’re going to fight. Our program for the next few months is fixed, we know what to work on thanks to a solid training and regatta plan. »

It should be noted that Nils Theuninck (FINN) and Maud Jayet (Laser Radial) also raced under the Team Tilt colours at this event, and have not yet finished their regatta. The results are available here: https://bit.ly/33I55TC