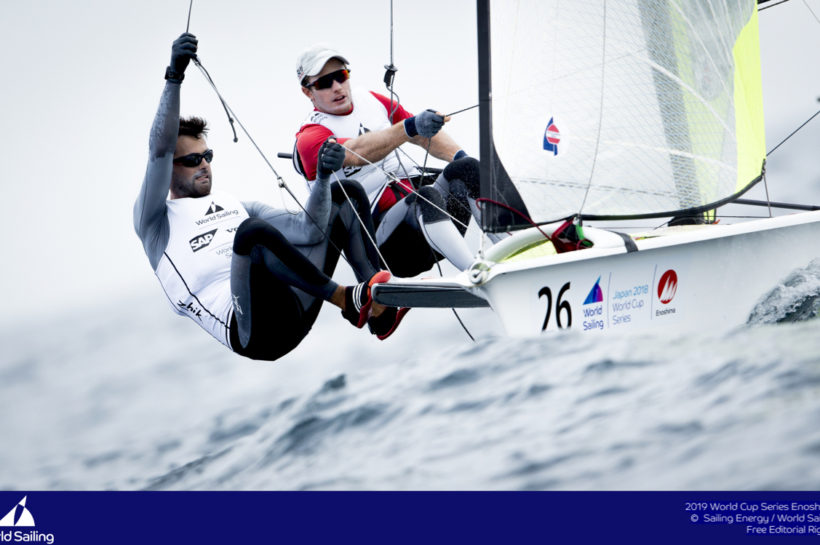 In addition to winning their first ever world championship on the GCs early in the year, Sebastien Schneiter and Lucien Cujean’s 49er Olympic campaign has gone from strength to strength. They are closely following the performance curve established by their coaches back in 2014 and are slowly but surely climbing the ladder to success.

Sebastien Schneiter takes us back over the season:

“The results are positive, we have achieved the goals set a few years ago, have participated in our first medal races, qualified Switzerland for the Olympic Games and are tenth in the world rankings. There is still some work to do, we want to finish on the podium consistently and to regularly rank in the top 5 in the world next year. We are happy with our results so far but are always pushing for more.

“The key for us this year was when Hamish Wilcox coached us in Miami for the World Cup. He showed us that we were on the right track. He gave us insight on important details and we managed to continue that momentum for the rest of the season.

“Since the beginning of our adventure, we have always managed to unleash our best performance when it really counts; at the most important regatta of the year. In 2019 we want to confirm our personal selection for Tokyo and finish in the top 5 at the Enoshima World Cup.”

Sebastien Schneiter and Lucien Cujean are not alone in representing Team Tilt on the Olympic circuit, Nils Theuninck races the Finn and secured the U23 European Championship title this year, while Maud Jayet finished ninth on the Laser Radial at the Aarhus Worlds, qualifying Switzerland for Tokyo 2020.

Maud Jayet: “My main goal this year was to achieve national qualification for the Olympic Games and I did it! In the process, I notched up a personal best as well. I put a lot of pressure on myself for Aarhus and this made the start of the season a bit hit and miss, but I managed to give the event my very best and now I have two years to prepare for the Olympics!”

Nils Theuninck: “It was a long season with mixed results. I started off well with the Junior European Champion title, two Medal Race qualifications (in Palma and Enoshima), a fourth place at the Junior Worlds and a World Championship title on the GC32 with Team Tilt. After that I had trouble with a viral infection that put me out of action for the World Championships in Aarhus, the big event of the season. But finishing the year on a high has given me confidence and I’m happy with the good results.” 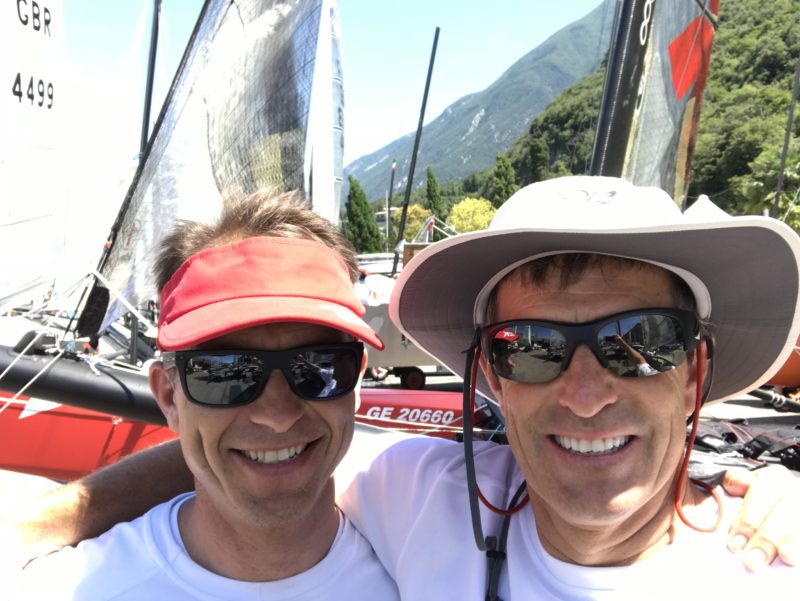 Interview with Alex Schneiter, the Team Tilt leader and mentor

What has your 2018 season been like?
Alex Schneiter (AS): We achieved our first ever World Champion title, qualified the country for Tokyo in the 49er and Laser Radial and finished seventh in the 49er class in the European Championship. Those are the four key points of our season!

Achieving our ticket to Tokyo demonstrated that the 49er project has closely adhered to the progression curve that was set up for the campaign in 2014. They have consistently ticked off their objectives ahead of time, thanks to having a realistic long-term vision. We must now continue this progress and aim for the top 5 in 2019.

What is the motivation behind your involvement?
AS: It is exciting to support young people. At work, in Sweden, we help young tennis players grow through the academy ‘Good to Great’ and we support a school that trains top athletes in Norway. As the CEO of Ludin Petroleum, I gave the go ahead for these projects because I have always loved helping young people. There are some exceptional young people and they deserve support!

Where the Team Tilt project is concerned, I have a personal motivation that ties in with these values. Sailing is my passion and I have sailed since I was very young. It gives me a lot of pleasure to see Nicolas Grange now also supporting young sailors through his beautiful Okalys Youth Project. I would love to see them at the next Youth America’s Cup!

Do you have time to sail yourself?
AS: Absolutely! I’m fully focused on the Flying Phantom with my friend Kris Jonsson (photo). We race the Swiss circuit and have ordered the latest ‘Ultimate’ model in order to keep progressing in this class that caters for the young and the old!

I’m also sailing the GC32 this autumn and will try for the ‘Blue Ribbon’. And finally, when I eventually manage to spend less time in the office, I’d like to race the GC32 Racing Tour and find my place on the owner’s ranking. 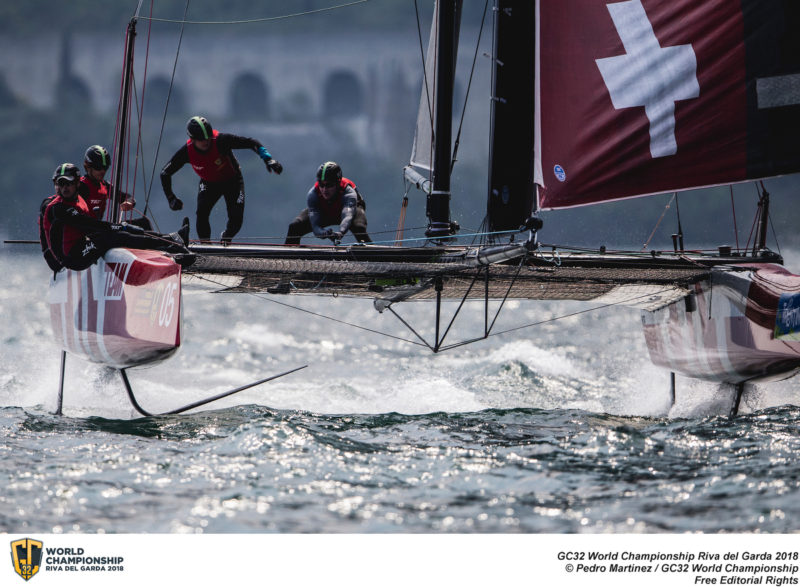 What is the future for Team Tilt ?

Alex Schneiter : With the 2013 and 2017 Youth America’s Cup events behind us, our Olympic campaigns are now at the forefront of the Team Tilt project. The youth development chapter of our adventure is closed, and we are now fully focussed on performance.

The two America’s Cup projects allowed us to get 20 of our top youth sailors racing at the highest level on different circuits, such as the GC32, D35 and the AC45F. The Red Bull Youth America’s Cup was always the target and the process of getting there and performing was a very positive experience. Now the Olympics are the target and that means growing to the next level.

In parallel to our Olympic campaign, we will also race other circuits. We’ll not be able to do the whole GC32 Racing Tour in 2019, but we will certainly have to defend our World Championship title. Then 2020 will be the Olympic year and that will be our only goal. Of course, we are also preparing for after Tokyo, and with an Olympic Games under our belt, we’ll be able to go up a notch and target other big, international, high-level projects. 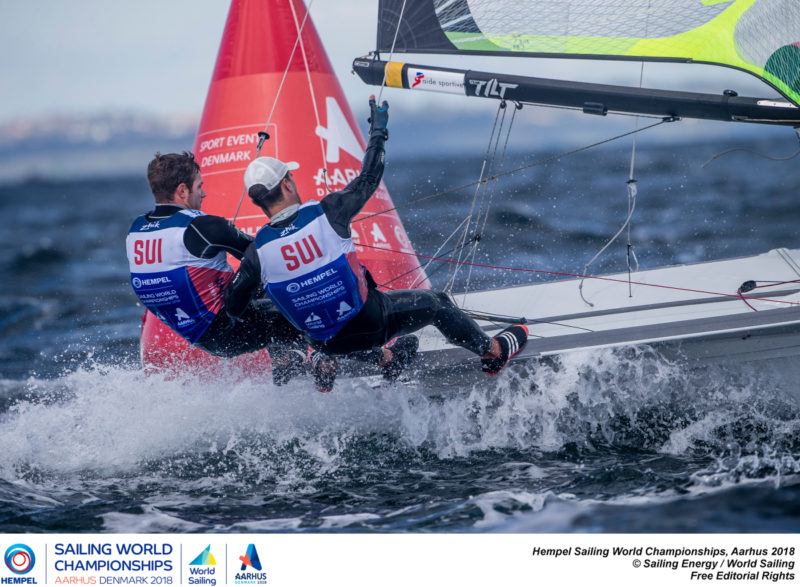 Together with our loyal partners, Omega and Jiva Hill, we thank Sports Aid warmly. We are lucky to have their support. To learn more about « L’Aide Sportive Suisse », click here. 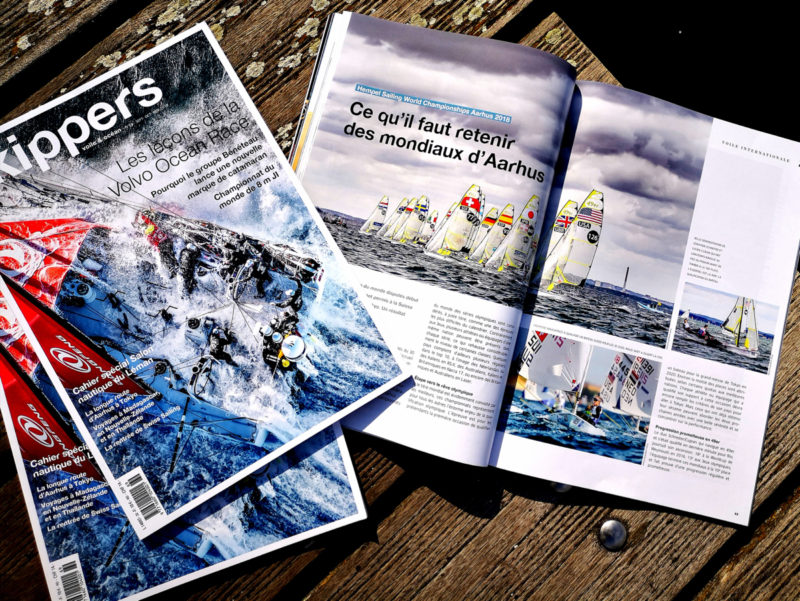 The latest issue of Skippers magazine is out! The leading Swiss sailing magazine takes a look back over the summer, including a feature on the World Championships in Aarhus. Don’t miss out, Skippers is offering an exclusive 50% discount (42 CHF for one year) here.