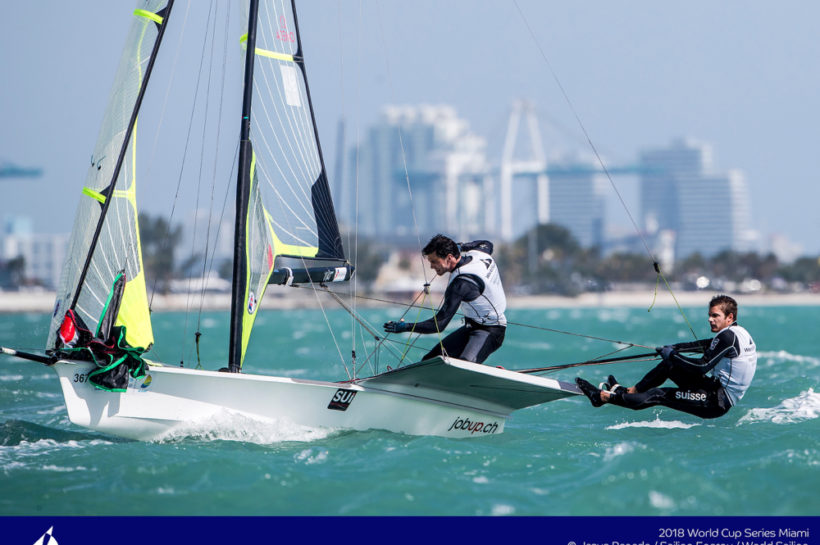 Sébastien and Lucien (49er) finished sixth at Miami World Cup, the second event in the 2017-2018 World Sailing World Cup calendar. In a big 38 boat fleet, the swiss team qualified for the first time for the Medal Race.

After a difficult start on day 1 in light winds, Sébastien and Lucien improved a lot in in the next days sailing in strong wind. Sixth overall after the nine qualifying races, they qualified for the Medal Race.

« Our winter training paid off », tells Lucien. « We are on the right track and look forward to returning to Europe to continue working hard. We’re going to train in Vilamoura in Portugal before heading to Palma (ESP) to prepare our next regatta. »

For this World Cup, the team was coached by Hamish Willcox, former coach of Olympic medallists Peter Burling and Blair Tuke. « We took advantage of Hamish’s advices and the mixed conditions encountered. The atmosphere was great, we had a very good experience on our first Medal Race! »

Next regatta for Team Tilt: the Trofeo Princesa Sofia in Palma de Majorca (ESP), from 30 March to 7 April.