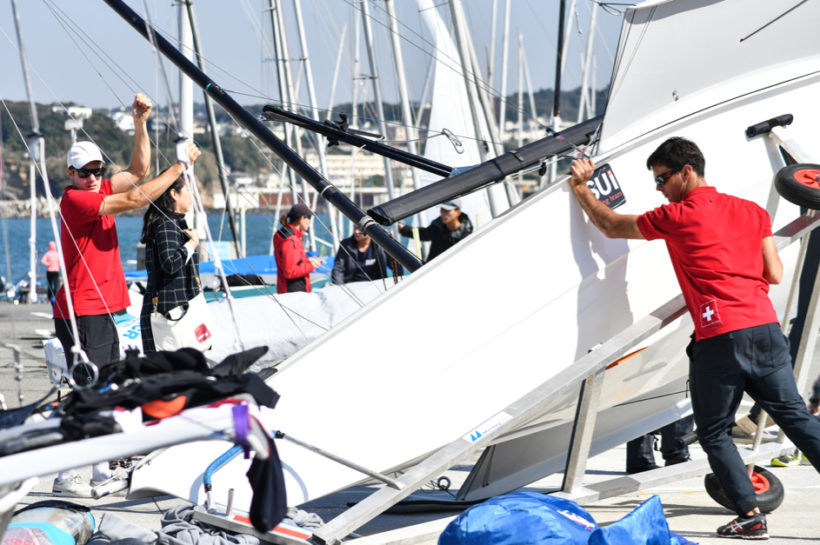 After some nice winter holidays on the skiing slopes of Switzerland, Team Tilt is back on track for a nice season to come.
In 2018, the team will mainly focus on Olympic sailing, as the first nation quotas for Tokyo can be achieved. Our sailors will focus on the World Sailing World Championship in Aarhus, Denmark, beginning August. Held every four years, this is the most important event of our sport this year!

The season will start in a few days in Miami (USA), with the first Sailing World Cup of the year. Sébastien and Lucien (49er), Maud (Laser Radial) and Nils (Finn) will compete in this first big event during the last week of the month.

Alongside these regattas and many training camps around the world, Team Tilt will take part in the GC32 World Championship in Riva del Garda (ITA). Under the supervision of Tanguy Cariou and with a young and talented team, a few surprise guests might join the team on Lake Garda… Stay tuned !

Finally, and after an amazing 2017 season, Team Tilt and its manager Alex Schneiter are looking forward to continuing the great adventure written so far, thanks to the team’s partners : Jiva Hill Resort, Julius Baer and Omega. Moreover, the road to Tokyo for our young guns is facilitated with the help of Team Genève, Swiss Sailing Team and L’Aide Sportive. Under the colors of the Société Nautique de Genève, Team Tilt is very excited to share a new season with you !