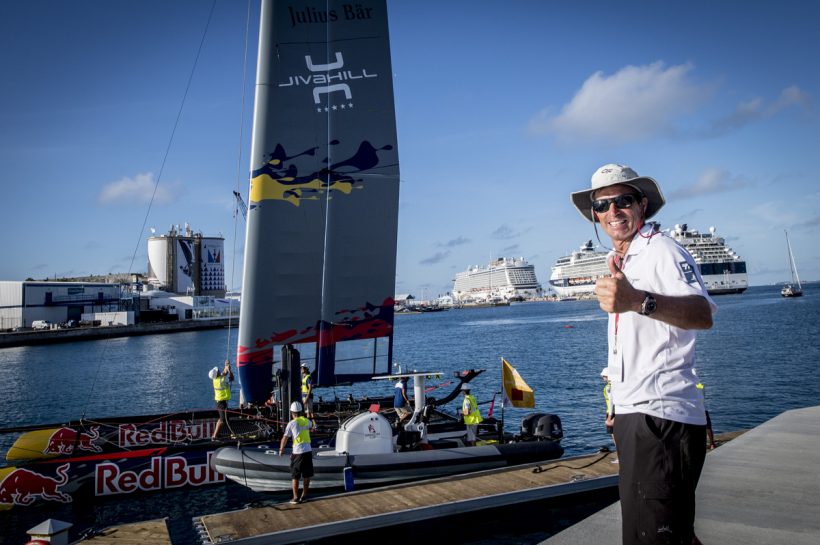 Just over a month since the Youth America’s Cup and Alex Schneiter, the architect of the project, looks back on the great adventure:

Alex, what do you take away from this Youth AC?

Strictly speaking, the journey started four years before this event, at the end of the Red Bull Youth America’s Cup 2013. We selected the youth sailors, sailed the D35, integrated foiling, raced the Foiling Generation, raced the GC32 Racing Tour… And the Youth America’s Cup was the cherry on the cake. The project was huge!

And what was the key moment for you?

The partnership with Emirates Team New Zealand. It was the best way to discover foiling. But there were also several highlights: victories at the Bol d’Or Mirabaud and the D35 Trophy, second place at the GC32 Racing Tour and the Foiling Generation, third at the Youth America’s Cup. Without forgetting being selected for the Olympic Games! Overall, the project was excellent.

Do you feel it is a case of ‘mission accomplished’?

We are happy to be on the podium. We had the potential to win it, so it’s a bit frustrating. The weather conditions in Bermuda meant we couldn’t maximise on all the work we did on our foiling. The Youth AC was the common thread of our adventure, but this project is about more than just that! We have done a lot for these young people and that is the primary objective of Team Tilt. Now it is up to them to seize this opportunity!

Your take on the team?

They showed they are capable of extraordinary things against some of the best teams in the world. I am very proud of them!

Compared to the 2013 edition, it feels a bit like unfinished business. In San Francisco, we had three weeks of training, four days of finals and longer races. This year, the event was based on an Extreme Sailing Series format, but only over two days. From a racing point of view, it was less interesting. It all came down to two days with very little wind, so it was more random than in 2013. But it was still a great event that gives youth sailors a taste of the Cup!