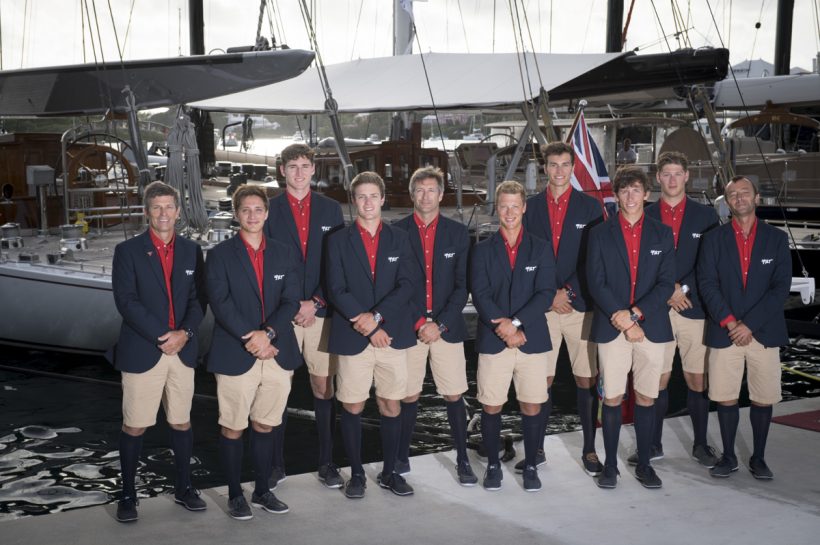 Only two of this year’s crew were racing their second Red Bull Youth America’s Cup: Jocelyn Keller and Jeremy Bachelin share and compare their two experiences.

How was the experience different the second-time round?

Jeremy Bachelin: I went from being one of the youngest sailors to one of the oldest, so I carried more responsibility during the second edition. We also had more pressure in terms of results this year as the project started much earlier than the one we put together for the 2013 edition.
Jocelyn Keller: Having participated in the first Youth America’s Cup helped me a lot. I had already sailed an AC45 and I knew what to expect from the event.

What were the differences between the two events?

JB: We had to learn to fly above the water! The foiling took a lot of time to prepare for. In 2013, as a group of sailors, we didn’t know one another and we became super close friends. In 2017, the most notable thing was our association with ETNZ and especially Glenn Ashby. It was very impressive to see all the America’s Cup team bases and even more so, to be able to be around the sailors. Finally, I would say that it was great to have Florian representing the north of our country and I hope that in the future, we will see more Swiss Germans racing the next edition.

JK: The project was a lot more professional this time. We sailed abroad against professional crews for example. In terms of the team, I didn’t know many people in 2013 and I was the youngest. This year, we were almost all friends already. Having said that by the end of both events, we were equally close. In 2013, the base was outside the America’s Cup village, we were not in close contact with the fans and the teams. This year, being at the centre of the excitement and at the heart of the event was incredible.

Recap the RBYAC experience for us?

JB: Both times, it was a magical experience. A dream lived at 200%! It was an amazing opportunity to meet and exchange ideas with Emirates Team New Zealand. I am still a bit disappointed that we couldn’t foil because of the wind, but I was very proud to represent Switzerland!

JK: The event went by so fast! We were there for a month, but only sailed a few days and after years of preparation, it was all over really quickly! It is very weird when everything just stops. The memories that I have, I will keep forever and I am very proud to have finished on the podium.