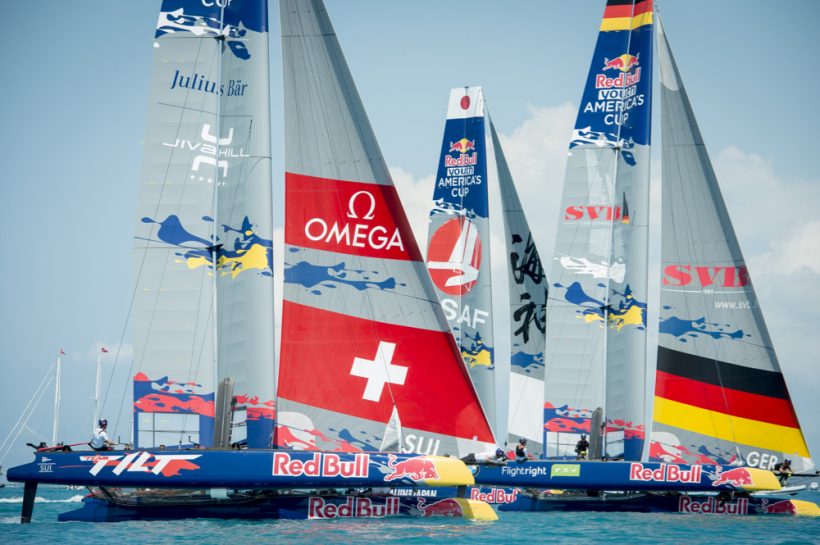 Five weeks have elapsed since Team Tilt stepped up onto the Red Bull Youth America’s Cup 2017 podium. The result was a magnificent ‘cherry on the cake’ of four years of hard work by a dedicated group of people. We look back on the Team Tilt epic in Bermuda in our summer newsletter and give a sneak peek of what comes next for the team.

The end of the 2017 edition of the Red Bull Youth America’s Cup marks the end of a chapter for Team Tilt, but it is far from the end of the story! An intense programme is stacking up for the youth sailors: In the short term and for the rest of the year, we are focussing on the Olympic campaigns and the Blue Ribbon. Team Tilt supports two Olympic teams, Sebastien Schneiter and Lucien Cujean on the 49er and Maud Jayet on the Laser Radial. In parallel, the team is preparing a record attempt on the Blue Ribbon which is a circumnavigation of Lake Geneva, with the GC32. In the medium term, we are continuing the intense pursuit for Olympic glory with two Olympic campaigns. We are also considering the GC32 Racing Tour. In the long term, we are looking at major projects, but they won’t come on line until after the 2020 Olympic Games, so stand by! We’d like to take this opportunity to thank our sponsors without whom we couldn’t have embarked on this adventure. Thank you to Jiva Hill Resort, Julius Baer and Omega. We look forward to continuing to work with you in the future! And a big thank you to Emirates Team New Zealand, an exemplary partner to the team in Bermuda!

A happy sports director, pleased with his youth squad 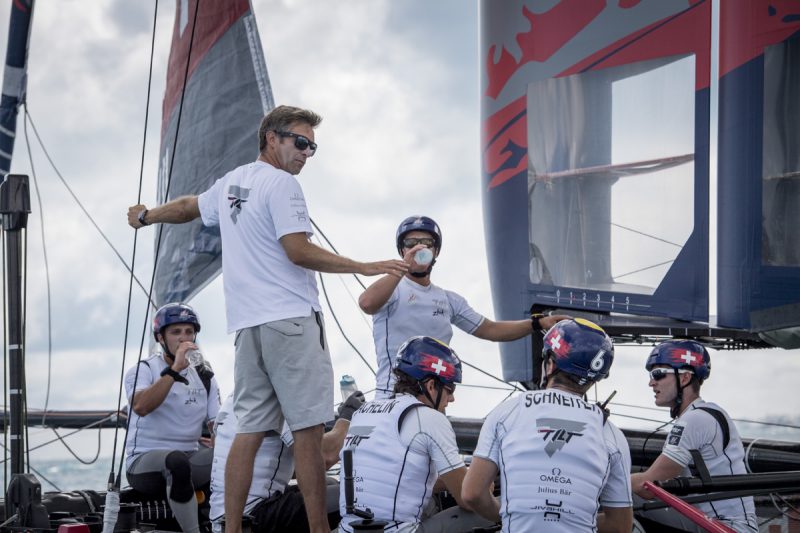 Tanguy Cariou set up the Swiss youth squad alongside Alex Schneiter. The Team Tilt sports director looks back at their podium finish and the team’s overall experience: “Our third place behind the UK and New Zealand is a good result. They are both major sailing nations. We knew this Red Bull Youth America’s Cup format would be challenging, with short and intense racing. “Beyond Bermuda, we must remember the pathway that we have been on since 2013. Team Tilt is recognised internationally with results on the GC32, D35 and Flying Phantom circuits and we have enabled many young people to achieve a high level of performance. We are turning the page on the Youth America’s Cup, but Team Tilt will remain on the international stage!”

After a few weeks off, Sebastien and Lucien are back onboard the 49er with an intense summer schedule ahead. Fresh from a training session in Porto, Portugal, in early July, the duo are in Kiel, Germany, for the Europeans this week. “We are ready. This break did us a lot of good mentally,” said Lucien. “We did a lot of work with our mental coach Matt Cooper in Porto and our motivation is high. Technically, we didn’t lose too much during our break from what we saw during the training. “Under the leadership of our head coach Tom Saunt and then Pietro Sibello, we sailed with the French and the Spanish teams and we maintained a good level. We are excited to start the summer regattas to really get a fix on where we are at. “In terms of objectives, we are aiming to do well at the Worlds in Porto at the end of August which is why we went to train there before heading to Kiel. The European Championships will be a good training platform for the Worlds, we don’t have specific goals for this event in Kiel, but will in general be looking for consistency.” Aide Sportive and Team Geneva – important support for the 49er Alongside Team Tilt’s main loyal partners, two sponsors provide considerable support to our Olympic projects. Swiss ‘Aide Sportive’ contribute directly to both Maud and Sebastien and Lucien’s campaigns. While Team Geneva supports Sebastien and Lucien and illustrates the region’s commitment to the Olympic project. “As Swiss athletes, we are a small entity and I find it really rewarding to be a part of a bigger team of athletes,” said Lucien. “We share a lot, but above all, the financial support of Team Geneva allows us to optimise our training sessions. We are very lucky!”

“Team Tilt’s Youth America’s Cup adventure – The Movie” will be out in a few weeks. In the meantime, here is a teaser. Directed by: Christophe Margot. 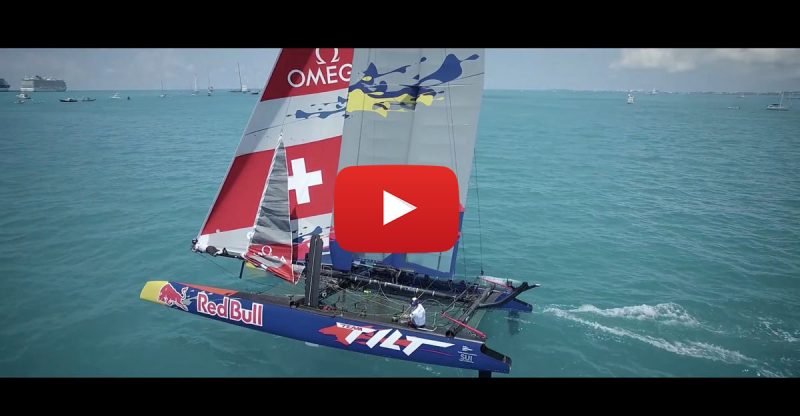