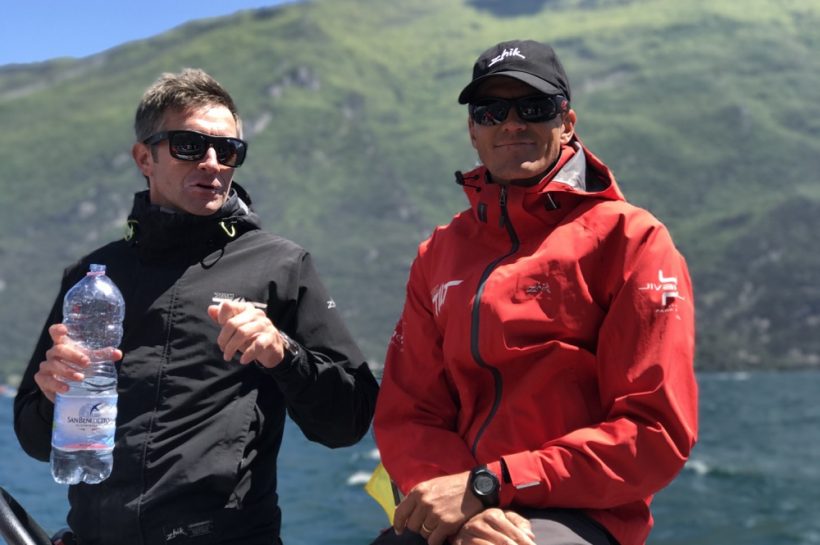 Just two members of the original 2013 Red Bull Youth America’s Cup crew still meet the 2017 selection criteria, the others were selected by Tanguy Cariou, sports director, along with team coach Pietro Sibello. For several months, the pair have been shaping and moulding a new team that is tight nit and complimentary and with a month to go to the start of the Red Bull Youth America’s Cup, they give some insight on the process:

Tanguy Cariou: “We have come a long way since starting this 2017 Youth project. It is a unique opportunity to have been able to work in the long-term. We were able to take the time to mould the squad, to explain what was expected of them and to adapt their approach to sailing. They grabbed the opportunity with both hands. We went further than purely technical coaching; the main objective was to make them aware of the intensity required to perform at the top of their game.
*We started with a group of individuals from different backgrounds and were able to create a complimentary team. This team is now our greatest strength, but ultimately our work will be judged based on the results of the Red Bull Youth America’s Cup.

“One of the key decisions in this campaign was to start with an experienced team, including world-class sailors such as Glenn Ashby (skipper of Emirates Team New Zealand), Arnaud Psarofaghis and Bryan Mettraux, and to integrate the youth sailors bit by bit. They learned a huge amount and we were lucky to find the right balance of people at the right time!

“We are one of the teams with the most sailing hours on the GC32. The objective now is to debrief and do a relevant and objective analysis so that everyone arrives in the best condition in Bermuda with confidence and knowledge of their strengths and weaknesses. And most importantly, well rested! The last few weeks have been intense.”

Pietro Sibello has coached the team since the beginning of the project: “I do not work with the squad full time, so I discover their progress from one session to the next. They have made enormous progress as a team. The roles onboard are clear, their skills and communication are better. They have greatly improved their mentality and their problem-solving ability – all key factors for winning races!

“The transition from an experienced crew to a 100% youth team was crucial. We had to teach them to work as a professional team and not only while sailing: they have to be 100% focussed on the project, 24 hours a day. We are getting close to complete immersion now – we will see in less than a month whether we have succeeded!”