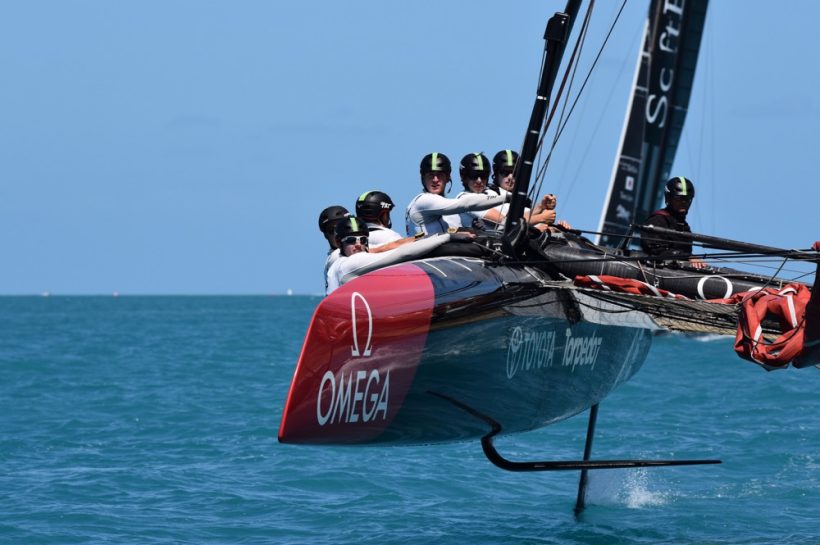 Team Tilt spent the first week of April in Bermuda to train for the Red Bull Youth America’s Cup. Sébastien Schneiter and his team had the chance to sail for the first time the AC45F, the foiling catamaran that will be used on the Great Sound in June.

The team’s partnership with Emirates Team New Zealand was very useful : they could use their boat and facilities during the week. Each youth team is allowed to sail 7 days on the AC45F before the event ; Team Tilt sailed 5 days last week, the two other were too windy to go out on the water. The team went to the gym instead, and debriefed on the first days’ videos.

« We had to adjust some things in the beginning, to take our marks onboard », explains skipper Sébastien. « But we learned as much as possible from the conditions encountered there. It was a very productive week, sailing 5-6 hours a day during 5 days. We discovered the sailing venue, and above all the boat : it is very physical and more stable than the GC32. We worked a lot on the manoeuvres and had the chance to race against the other youth teams that were on site. The level is very tight between us, I’m looking forward to coming back and race for real in June ! »