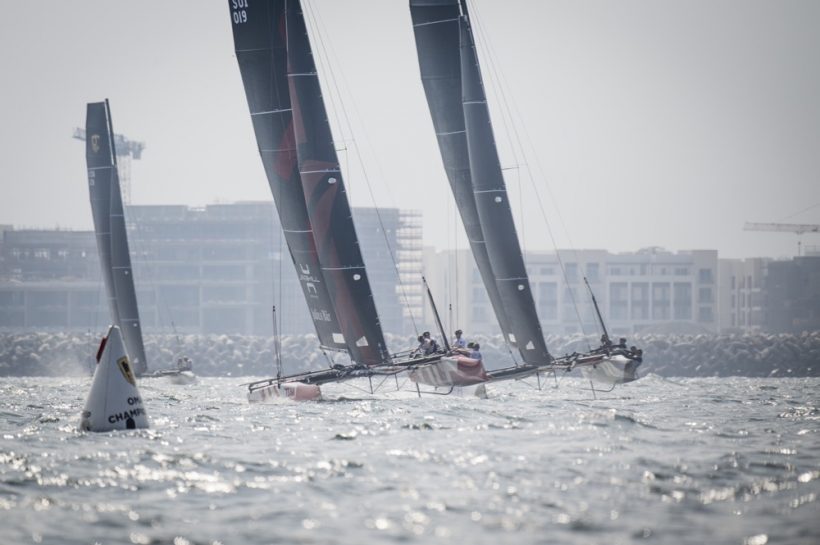 The inaugural GC32 Championship was a success ! 11 foiling catamarans from the Extreme Sailing Series and the GC32 Racing Tour sailed together in Muscat, Oman. After a very good start, where the young guns won races and finished in the top 3, Team Tilt ends up fifth overall after 16 races sailed. A good result for the sailors under 24 preparing the Red Bull Youth America’s Cup !

« The wind dropped on the 3 last days, so we couldn’t fight until the end as we would have liked », says Jocelyn Keller. « But we learned a lot, and we’re excited to race again in a few days for the Extreme Sailing Series! »

Skipper Sébastien Schneiter is happy with the team’s performance. « It was our first foiling event with our Red Bull Youth America’s Cup crew, and it started very well for us, winning races on the first days. We did some mistakes but learned a lot, although it was more difficult for us towards the end… We finish 5th and know what we need to work on from now on, it’s very positive for the future ! This week with the Youth team was great, we’ve changed the crew onboard during the event. We’re on a learning phase and improved a lot this week, and will continue on this path this week with the Extreme Sailing Series short races. »