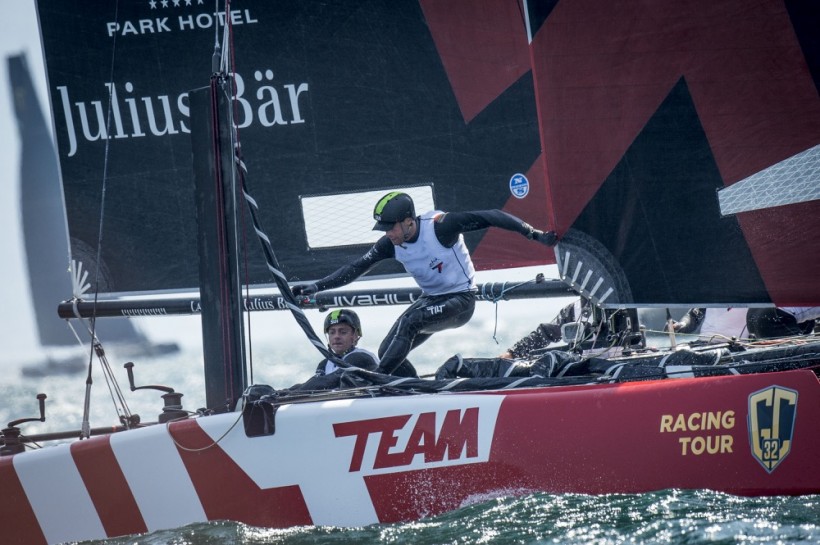 Day three of the GC32 Riva Cup on Lake Garda in Italy was eventful for Team Tilt as they lost their starboard foil shortly after the start of race one – a preliminary assessment is that it broke at the leeward mark and the crew were unable to recover it.

Thanks to Team Engie and skipper, Sebastien Rogues’ solidarity, Team Tilt was able to get back on the race course using the French team’s spare foil, helped into place by their shore crew Brewal Nael. The foil, prepared by technical manager Julien Grancher, was a perfect fit for Team Tilt and they went back out to win the final two races of the day.

A huge thank you to Team Engie.

“It is a mechanical sport, so challenges like this are part of the game,” said sports director Tanguy Cariou. “These foils are in high demand on the GC32; we could probably learn from the tyre changes on the Formula 1 circuit to improve our technique, but we were pretty good!

“As soon as the boat was back on the water, the crew settled into the racing and made up for the two races that we missed with two wins, continuing the momentum of the last few days.”

Team Tilt shore crew, Jimmy Le Baut, has played a key role this week in Riva. “This foil is a short term solution; Engie really did us a huge favour today.

“My objective is to provide the crew with a boat that is race ready, along with Bryan our technical manager, so I will ensure that the boat is ready for the final day tomorrow.”

Sebastien Schneiter said that the replacement foil did not feel too different. “We managed to get back into the racing quickly which was good. We wanted to come back strong and there was a fair amount of adrenalin running through the team!

“Tomorrow, we expect different conditions on the lake with some rain forecast, so it might be a bit more tactical out there. One thing is for sure: we will give it everything we have got!

“Despite missing two races today and losing precious points on the leaderboard, we still managed to put some pressure on the leading boat.”

After 18 races, Team Tilt is 12 points behind Norauto, but still 27 points ahead of third-placed Armin Strom. 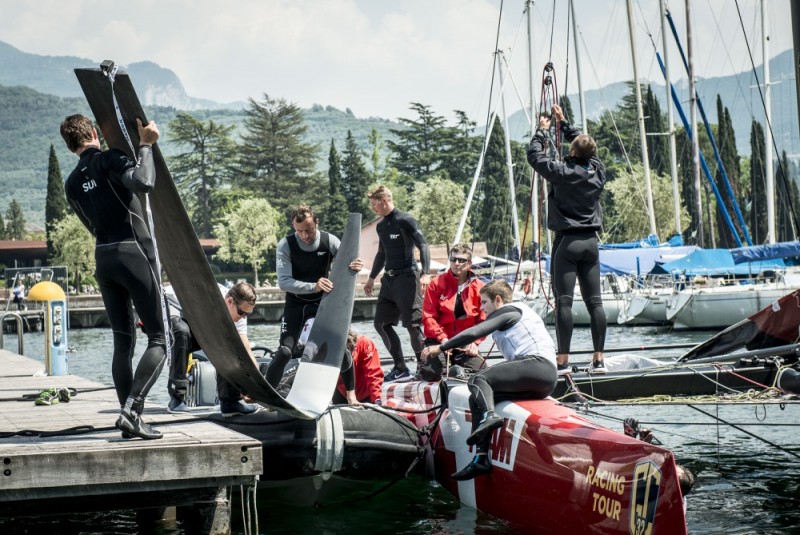