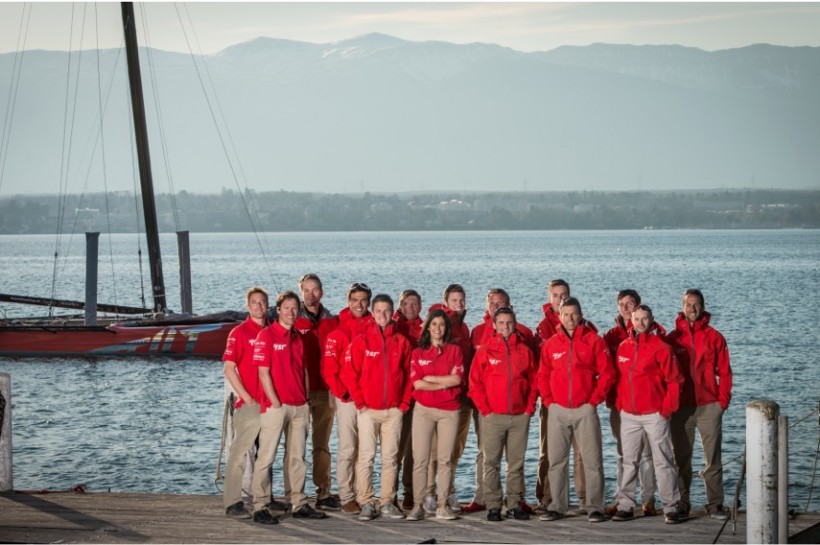 Emirates Team New Zealand and Team Tilt will share their respective experience and talent. Glenn Ashby will sail on board Team Tilt’s GC 32 whilst the two teams will work in parallel towards the next Red Bull Youth America’s Cup.

The cooperation between Emirates Team New Zealand and Team Tilt provides mutual benefit for both teams and will be focused around the 2016 GC32 Racing tour and on towards the next Red Bull Youth America’s Cup.

Despite its youth focus, Team Tilt already has a proven track record in major sailing events with its biggest success to date in 2015 not only winning Switzerland’s most prized event- the Bol d’Or Mirabaud on its D35 catamaran, but also the taking out the overall 2015 D35 Championship against well established competitors Alinghi and Spindrift racing who also compete on the GC32 circuits. Team Tilt also successfully competed in the Red Bull Youth America’s Cup in 2013, finishing 4th. Some of its members have obtained world class results in the Moth Class, Laser Class, Extreme Sailing Series and sailed America’s Cup pre-events onboard AC 45’s.

Team Tilt is looking to build on its recent success and transition into foiling on the 2016 GC32 Racing Tour. Team tilt manager Alex Schneiter explains: “Team Tilt is above all a team of talented Swiss youth promoting youth sailing at international level. The support from highly experienced Emirates Team New Zealand sailors will be huge for our guys. To have Glenn Ashby – one of the best, most highly regarded multi hull sailors in the world – sailing with and coaching our guys is amazing.”

“On a technical level, Emirates Team New Zealand were the innovators that lead the world in terms of bringing foiling to mainstream grand prix yachting, which is clearly key for Team Tilt” said Tanguy Cariou, Team Tilt’s sports director. “Even though we have been sailing high tech multihulls for over a decade, the foiling world is rather new to us and we are in the middle of a transition time into foiling.”

“This is an exciting partnership for both teams,” said skipper Glenn Ashby, “Emirates Team New Zealand has always placed an emphasis on developing new talent in the sport and it will be a great opportunity for me personally to coach and sail with Team Tilt. ”

The partnership signals Emirates Team New Zealand’s continued emphasis and leadership amongst the America’s Cup community of supporting youth sailing and the next generation of the sport, highlighted by the promotion of three previous Red Bull Youth America’s Cup sailors, Peter Burling, Blair Tuke & Guy Endean into its sailing team.