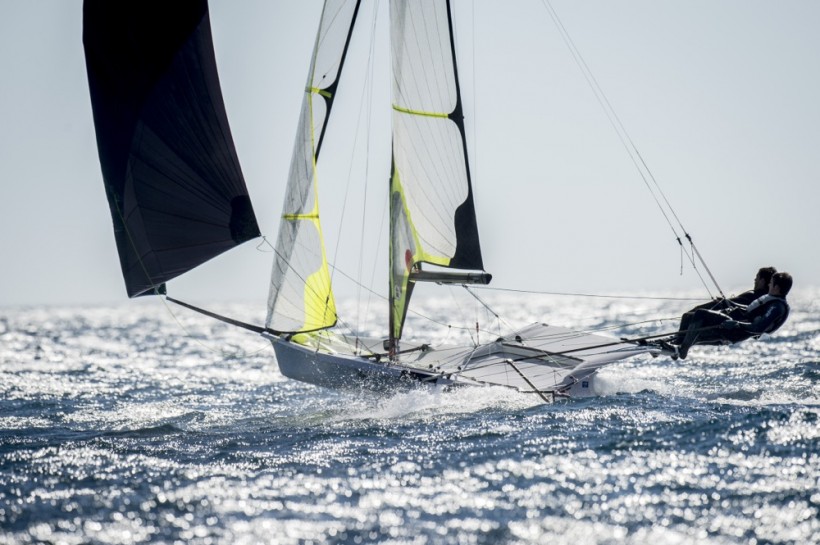 Sébastien Schneiter and Lucien Cujean finished the winter in Palma de Majorca (Spain) with a training session and two regattas. The young team finished 17th/30 at the Arenal Training Camps Trophy, and 40th/74 at the famous Trofeo Princesa Sofia.

« We’ve sailed against some of the world’s best team, and it helped us a lot to improve », explains Sébastien Schneiter. « We are satisfied with our results in Palma, although we’ve missed out the Gold Fleet, which would have qualified us for the World Cup in Hyères. We made some tactical mistakes, but we had some good results we can be proud of ! »

The team is coached by Simon Hiscocks during training sessions, and Tom Saunt for the regattas. A combination that fits them well. « We have made some considerable improvements on the starting phase, and our speed is good », adds Sebastien.

Approaching Rio 2016, the level of the fleet gets higher. Nothing to frighten Team Tilt who aims for the Olympic Games in Tokyo 2020. « Our level is not ridiculous at all, we have solid basis », analyses Lucien Cujean. « We will now work on the details, and the results will come gradually. » The team started working on these details on Lake Garda, where they will train during the next days.

Sébastien Schneiter and Lucien Cujean managed to get a selection for the Rio de Janeiro test event this summer – the official pre-olympic event. A good opportunity for the team to acquire some important experience ahead of the Olympic Games.

Team Tilt’s Decision 35 has been launched on Lake Geneva and the first training sessions were very positive. More information to come.