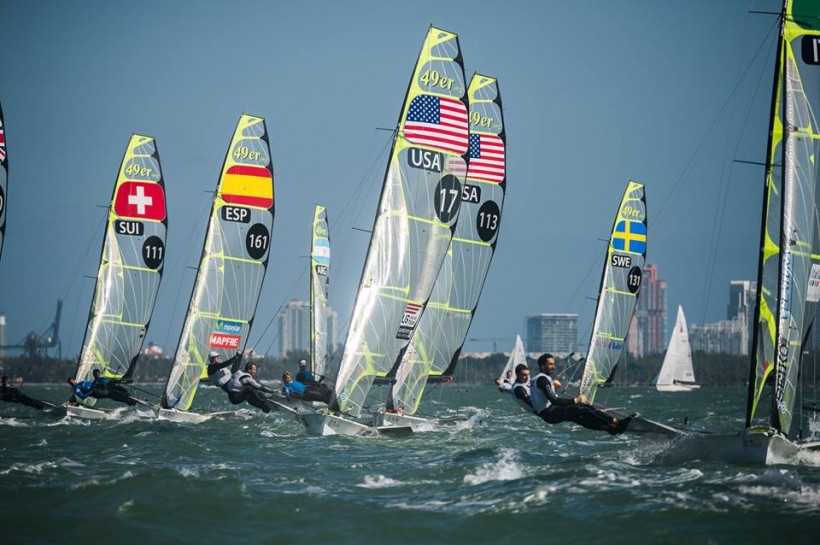 The 49er Team finished his american month in Clearwater, Florida. Sébastien Schneiter and Lucien Cujean represented Team Tilt at the 49er North American Championship, February 6-9, 2015. They had to cope with changing weather conditions.

« We started with strong wind and sea on day 1, a very shifty wind on day 2, and finished with a nice and stable thermal wind », explained helmsman Schneiter. « We had some difficulties on the first day, but we were able to react and sail well the two last days. »

The team’s goal was to apply everything they had learned during their month in Florida, where they trained several days and took part in two regattas before Clearwater. « We reached our goal ! We were able to put into practice our training and show that we were serious competitors », adds Cujean. « It is very encouraging for us. We know what aspects we need to improve in the next months, in order to be more efficient. Knowing what we have to work on is the best way to improve quickly ! »

Video of the regatta in Clearwater

Next stop for Sébastien and Lucien : Palma, where they will take part in two regattas in March. Until then, they will focus on physical training and take some days off !