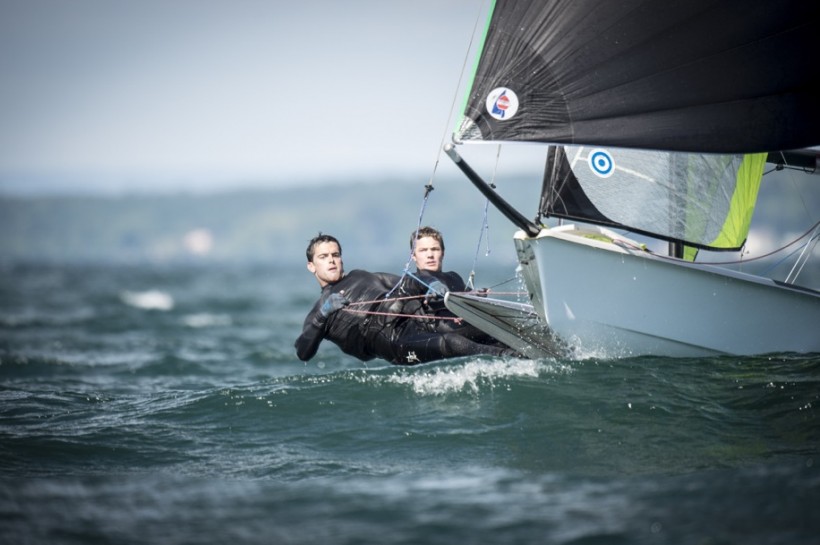 Talking about results and regattas is important, but revealing the inner workings of the team, the behind the scenes decisions that shape the group and provide the foundations for development, is of equal interest. This falls to Alex Schneiter, Team Manager: “Tanguy Cariou’s appointment this season as Sports Director has been a huge help,” said the team boss who couldn’t maintain the intensity of 2013 without such a solid team. “Others also provide unwavering support, people like Francois Rayroux for example, who manages the legal side,” he added.

After reviewing the 2014 season, Schneiter looks forward to 2015 supported by a strong team: “The purpose of the team is – and will remain – to develop young sailors towards the Red Bull Youth America’s Cup 2017. We learned however that this development meant too many changes amongst the crew and cost us precious places on the Vulcain Trophy 2014 leaderboard. Next year we plan to have a more professional and stable group on the boat with a focus on performance. But having said that, we are in no way shying away from our ultimate goal and the development of youth sailors will be integral to our project. The 2014 Team Tilt crew will keep their place in the team, but will need to demonstrate what they are made of. This way we will be able to aim for the 2015 Vulcain Trophy podium!”

The Team Tilt Decision 35 crew (who will sail in new colours next year) will be announced at the beginning of the season. 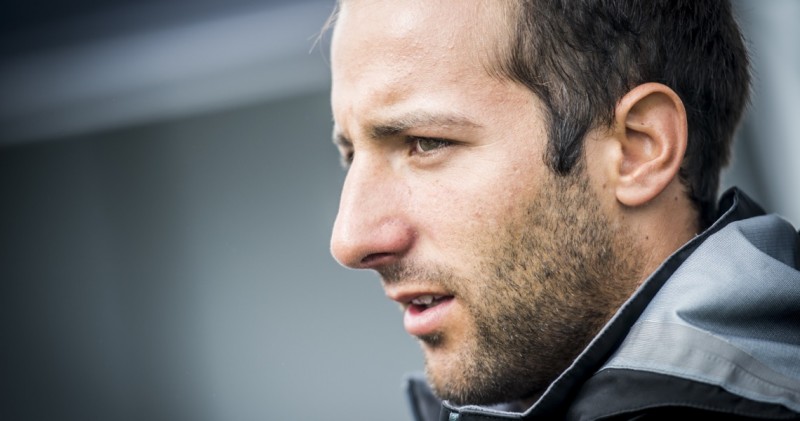 As mentioned above, Team Tilt is adding professionals to its ranks while maintaining its ultimate youth development purpose. The first crew change to be announced is the welcome return of Arnaud Psarofaghis who coached the team for the 2013 Red Bull Youth America’s Cup and who raced the Decision 35 with the team the same year. “It is excellent news that Arnaud is returning to the team,” said a delighted Alex Schneiter. “After our excellent 2013 collaboration, he had a great opportunity to helm the Realteam Extreme 40. His return to Team Tilt is a real bonus for us – not only is he a great sailor, but also a good friend.”

Crowned ‘Male Sailor of the Year’ at the Swiss Sailing Awards in 2014, Arnaud is thrilled to be back with the team. “I will be able to bring the multihull experience that I have gained over the last year with other teams on the Extreme 40 and the Decision 35 back to the team,” said the 26-year-old. “We are putting a very promising performance led team together for next year and I for one cannot wait to represent Team Tilt again. I thoroughly enjoyed our 2013 collaboration both on the water and ashore!”

At the 35th America’s Cup press conference in New York on 2 December, organisers confirmed the second edition of the Red Bull Youth America’s Cup. The competition remains reserved for youth sailors – although the age limits, previously 19-23, have yet to be confirmed in the rules – and will take place in Bermuda on foiling AC45s sponsored by Red Bull. “It is excellent news,” said team boss Alex Schneiter who welcomed the announcement. “Bermuda offers an ideal race course with fairly constant and stable wind and foils are a natural evolution.

“Team Tilt preparations for this major event are already underway and we will be keeping a close eye on young Swiss sailors that have had excellent results this season. They are undergoing their Olympic training before joining our organisation. “Team Tilt will start training on foiling platforms next season, on board the new A Class cats amongst others, in order to prepare for the foiling AC45!”

The Team Tilt Olympic programme is well underway. Lucien Cujean and Sebastien Schneiter are training full time on the 49er and benefitting from the highly professional structure Team Tilt has put in place. Tanguy Cariou, project manager, is guiding the duo on the long pathway to the Olympic Games, the physical trainers at Sport Quest and Sylvain are developing the sailors’ fitness, and Simon Hiscocks was recently joined by Tom Saunt on the coaching team. Tom is taking the lead on the coaching in collaboration with Simon. “We are complimentary because Simon knows the technical side of these boats better than anyone, which means I can focus on the actual sailing,” explained the 42-year-old English Olympic and Extreme 40 coach. “Simon and I work very closely on developing the team and plan to focus the guys on learning the boat perfectly during the training sessions before being able to apply that to racing.”

Lucien Cujean reflects on a positive year that was dedicated to learning about the 49er. He says Tom’s exacting, organised and observant approach to teaching has been invaluable. “We have learned a lot this year and are able to measure where we stand against our peers,” explained Cujean. Helmsman Sebastien Schneiter added: “In 2015, our objective is to continue to notch up experience by sailing as much as we can alongside good training partners. The European Championships in July and the Worlds in November will be the two landmark moments for us next season. We are more motivated than ever!” The duo joined the Swiss Sailing Team framework so now also has the support of the Swiss Federation for their Olympic Campaign.

The sailors will proudly sport Adidas Eyewear in the New Year. The sunglasses are specially adapted for sport. “In September 2013 we launched the ‘tycane’ model for sailing and other outdoor activities,” explained Raphael Lustenberger, marketing director at Silhouette that produces the Adidas Eyewear. “Team Tilt is a professional team with very ambitious objectives and perfectly reflects the Adidas Eyewear brand.”

Lancelin will also join Team Tilt officially in 2015, although the company has managed the team’s rigging for several years already. “We are proud to now officially support this talented team and to associate Lancelin and MW Matelotage to competitive sailing and young people,” said Denis Menetrey, MW Matelotage and Lancelin representative in the French-speaking region of Switzerland. Daniel also equips all the Lake Geneva speed record holders.