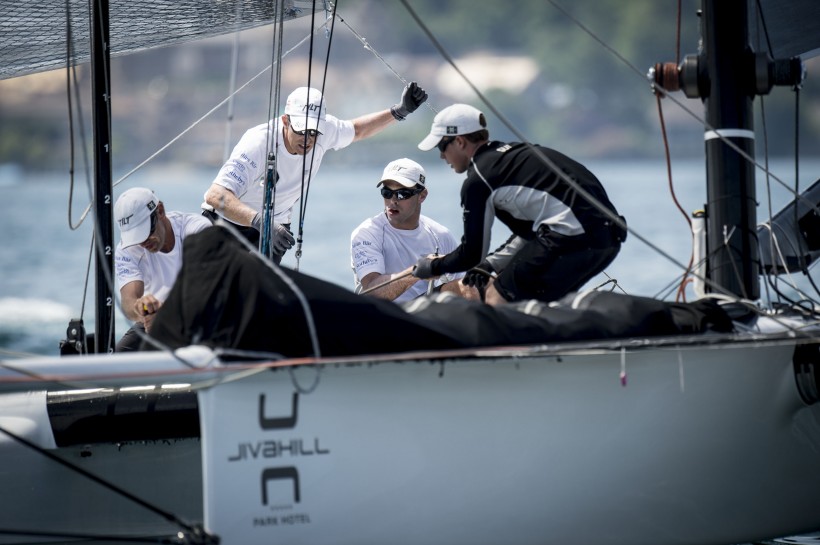 After a good – if frustrating – fourth place at the Geneva-Rolle-Geneva on Saturday, the Team Tilt crew stepped up their performance to move onto the third step of the podium at the Open de Versoix on Sunday.

Helmed by Sebastien Schneiter on Saturday and by Lucien Cujean on Sunday, the young Swiss team placed fourth and third respectively to move up to third place overall on the Vulcain Trophy Decision 35 season championship leaderboard. These future stars of Swiss sailing are improving every time they race.

“It is a good result, we are very pleased with it,” said Sebastien Schneiter. “But I must say that we were a bit frustrated with our fourth place on Saturday at the Geneva-Rolle-Geneva, we were third until we made a small error that cost us the podium. Having said that, we can take away the knowledge that we are consistently competing at the front of the fleet. This weekend was very important from a points perspective and we were able to confirm our early season performance.”

Ernesto Bertarelli and his Alinghi team, having won the Geneva-Rolle-Geneva and the Open de Versoix, are currently dominating the top spot on the season championship ranking.

Crew for the Open de Versoix