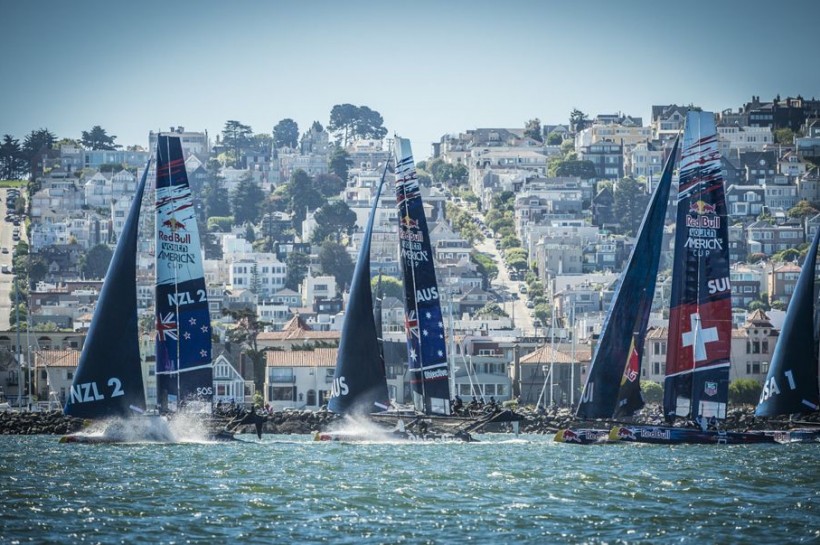 The Swiss youth sailors onboard Team Tilt finished the Red Bull Youth America’s Cup in style winning the seventh and what turned out to be final race of the event to finish fourth overall. The team skippered by Lucien Cujean was counting on the final double points race to climb onto the podium, but it wasn’t to be as the jury declared racing over due to conditions reaching upper wind limits.

Team Tilt did Switzerland proud at the Red Bull Youth America’s Cup battling against strong competition to post a magnificent win today before racing was cancelled and the winner declared. The team was visibly frustrated to have missed out on competing in the final race of the event, which counted for double points, but the jury was firm in its decision that the wind exceeded the 18-knot limit.

“We were disappointed not to race the final race of the event for double points,” said skipper Lucien Cujean. “But we are delighted nonetheless with our overall result and to have won the last race caps off what has been an excellent event. The nine other teams had some highly decorated sailors onboard, we are very proud to have been able to raise our game to their level and to compete,” he added.

The young Swiss team finished just one point off the podium. “We have a slight feeling of unfinished business,” said bowman Jonas Schagen. “We were in the zone, we were handling the boat well and above all we were keeping it simple and it paid off!”

Lucien Cujean is very much aware of the opportunity that he and his crew have been handed and that the experience gained will give them a real advantage. “The last four days with this amazing team have been the most incredible of my sailing career,” he said. “We have all evolved throughout the event, and grown. We are taking away a unique experience that will really help with our future careers.”

Today’s result is all the more positive given that Team Tilt and the international campaign that has ensued started from a blank sheet of paper. “The result of this adventure is really positive,” said a delighted Alex Schneiter, team leader. “We have battled against stars of our sport such as Peter Burling on an even footing. This fabulous adventure doesn’t stop here – next up is the Vulcain Trophy on the Decision 35 in Switzerland and then at the end of the season, we will discuss future plans.”

After four days of competition and seven races on San Francisco Bay, the New Zealand youth team supported by Emirates Team New Zealand, the challenger for the 34th America’s Cup, won the Red Bull Youth America’s Cup. The ten youth teams have given fans a superb spectacle, a taste of what is to come on the 7 September when the America’s Cup match begins.