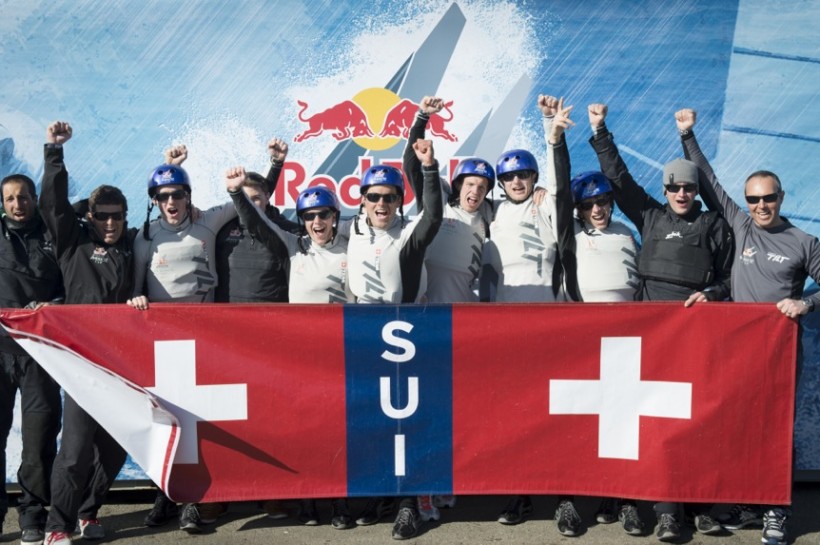 The young Team Tilt sailors have qualified for the Red Bull America’s Cup that will be held from 1-4 September in San Francisco on the wing-masted AC45 catamarans.

The under 25-year-olds competed in a series of twelve races throughout the week in superb 15 knot northerly conditions to qualify.

“We are very happy with how this crazy week has gone,” said Team Tilt helmsman Lucien Cujean. “We have learnt a lot and this result is the accomplishment of three months of intense training. This is only the beginning though, we still have a lot of work to do and a long way to go in order to be competitive in September!”

Qualifying for the Red Bull Youth America’s Cup was based on race results, team fitness and their potential performance and ability in handling the AC45 multihull. The team posted some very impressive results during the fitness test and have demonstrated excellent team spirit. Now they have also shown that they are competitive on the water.

“This result is absolutely fantastic,” said Jocelyn Keller, one of the young team members. “We gave it our all and we succeeded; it is a dream and we can’t wait to be back in September.”

Alex Schneiter, the man behind Team Tilt and the team manager said: “It is absolutely fantastic to have developed such a group in such a short time and to have qualified! I was surprised at the high level of the competition and at how quickly all the teams have progressed. Team Tilt showed a cool head and determination to get this far. We should be proud of this team and those that have supported them. The adventure is just beginning!”

On their return to Switzerland Team Tilt will plunge back into their Youth America’s Cup preparations by racing their D35 catamaran during the Vulcain Trophy. They will also race the TeamWork M2 Speed Tour and the Extreme 40 Sailing Series.

Team Tilt flies the Swiss flag and carries the colours of the Société Nautique de Genève. The Red Bull Youth America’s Cup, which runs from the 1 to 4 September, will pit the five teams that have qualified this week against the America’s Cup junior teams from Oracle Team USA, Team New Zealand and Artemis.