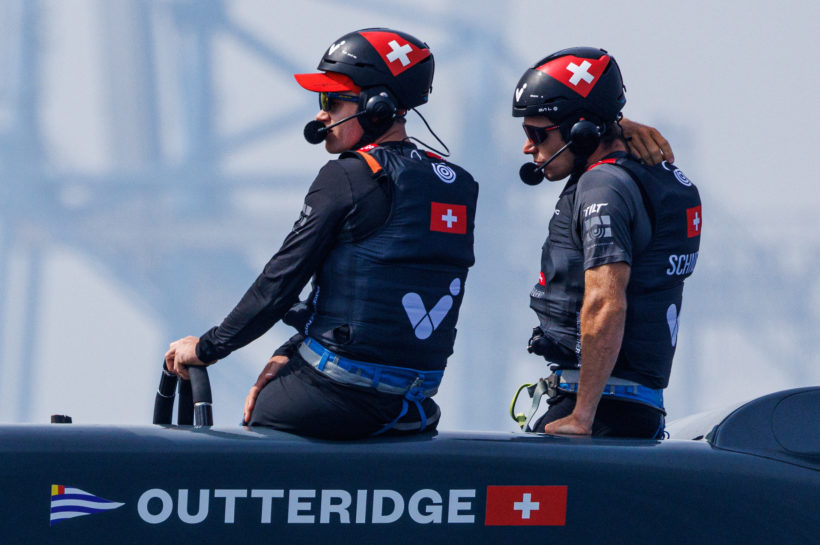 Swiss SailGP Team will race in Copenhagen over the next two days at the ROCKWOOL Denmark Sail Grand Prix, taking place 19 and 20 August. It’s the fourth event in SailGP’s global championship calendar, and the second event in the European leg of the league.

Racing starts at 3.30pm local time and the action will be streamed live in Switzerland on Blue Sport / Blue Zoom and YouTube at 15:30 CEST both days. The Copenhagen event brings a new crew line up for the Swiss team with experienced SailGP driver and two-time Olympic medallist, Nathan Outteridge making his racing debut as co-driver. Outteridge joined the crew in Plymouth last month as sailing advisor, he has subsequently signed up to be more hands-on for Season 3 helping the team develop and improve its performance. Outteridge raced in the first two seasons of SailGP for Japan.

CEO, Tanguy Cariou, on the upcoming racing, “We’ve raced at three events now and the team has been continuing to make improvements, we’ve already seen great racing and good moves.

“Now we have brought Nathan into the team and onboard and we have a big opportunity to develop the team and improve our performance. We’re really looking forward to racing here over the next few in Copenhagen.”

Sébastien Schneiter from Geneva will share the driver position with Outteridge throughout season 3, racing in the Strategist position for the Danish event.

Copenhagen is the fourth of 11 venues that form the Season 3 calendar. Saint-Tropez in France is the next stop for SailGP, before the fleet visits Cádiz, Dubai, Singapore, Sydney, Christchurch and finally finishing in San Francisco, May 2023.