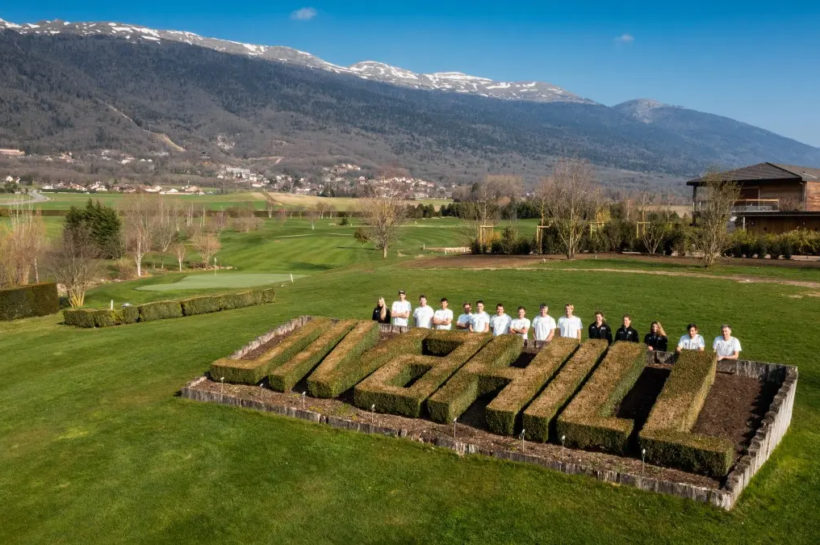 Switzerland SailGP Team has partnered with the Jiva Hill Resort, who will support the team as they compete in SailGP, the purpose-led global racing league. SailGP SUI was launched back in September 2021 and the team recently came together at their new ‘home away from home’ for two days of action-packed team building.

Jiva Hill’s private estate is located at the foothills of the Jura Mountains, facing the iconic Mont Blanc. The beautiful setting and resort’s sporting facilities provided the perfect playground for the team to meet for the first time to take part in a series of fun and competitive activities.

Switzerland SailGP Team CEO, Tanguy Cariou on the partnership, “We all really enjoyed our time at the Jiva Hill Resort. It was an important moment for us; it was the first time all the team had come together to meet each other, to learn from each other and to get ready for SailGP Season 3 starting in Bermuda next month.

“The team has a busy schedule over the next 18 months, competing all over the world, and it’s great to do this with the support of Jiva Hill. We are already looking forward to visiting again.”

It’s now back to business for the young team, with all focus on Bermuda and training on the Great Sound in their cutting edge ‘F50’ race boat. Sébastien Schneiter, from Geneva, will lead the Swiss entry on the water and at 26, he will be the youngest ever driver to take part in SailGP.

Jiva Hill resort has a historic relationship with Schneiter, supporting him during his two Olympic campaigns, in the 49er class as well as backing Team Tilt on the GC32 Racing Tour. They also supported Team Tilt at the 2013 Red Bull Youth America’s Cup and again in 2017, where the team finished on the podium.

Between them, the talented crew have competed at 13 Olympic Games and two around-the-world ocean races.

Fabrice Mercier, Jiva Hill Resort Manager, “We are very proud of being part of this new adventure and look forward to supporting the Switzerland SailGP Team as they compete in this exciting global circuit.”

Ten international teams, featuring some of the sport’s best athletes, will compete across ten events in SailGP Season 3 which starts in Bermuda (14-15 May) and culminates in the Grand Final in San Francisco, USA (6-7 May 2023). The circuit heads to Europe for four events in July.